Hungarian government invests billions of forints each year into Hungarian communities in neighbouring countries. ICJK has had access to the documents that show sole agency of Hungarian government Gabor Bethlen Fund granted more than 144 millions of euros to entities in Slovakia since 2011. Money was sent to cultural organizations, Reformed Christian Church, for the reconstructions of schools and kindergartens, but Budapest supported an important symbol – Slovak Hungarian football club “Ferencváros of Felvidék” FC DAC Dunajská Streda and its football academy. Thousands of euros ended up on the accounts of organizations connected to the Slovak-Hungarian politicians. It also supports Slovak-Hungarian media, that often produces content biased to Budapest and its allies in Slovakia.

“There is basically a coup in the Hungarian media. Those who obviously support the Hungarian Community Party (SMK) are taking up more and more space. It follows exactly the pattern as it takes place in Hungary, where they occupied almost all the media and gained a lot from it, ”says Péter Hunčík about the media of the Hungarian minority in Slovakia.

Support from Budapest proves to be vital for the existence of minority media. At the beginning of April 2016, the Hungarian-language weekly in Slovakia, Szabad Újság, came out with a black title page with a large inscription “0 FT – Another nail in the coffin of Hungarian intelligence in Felvidek.” It was a reference to the amount of subsidy they received respectively did not receive from Hungary, which meant the end for this Slovak-Hungarian outlet.

Slovak-Hungarian media space is subsidized by the Hungarian government  through the Gábor Bethlen Fund (BGA). Some organizations behind the supported portals and magazines are also on the List of institutions of national importance, so they can look forward to financial support in the amount of tens of millions of forints each year. 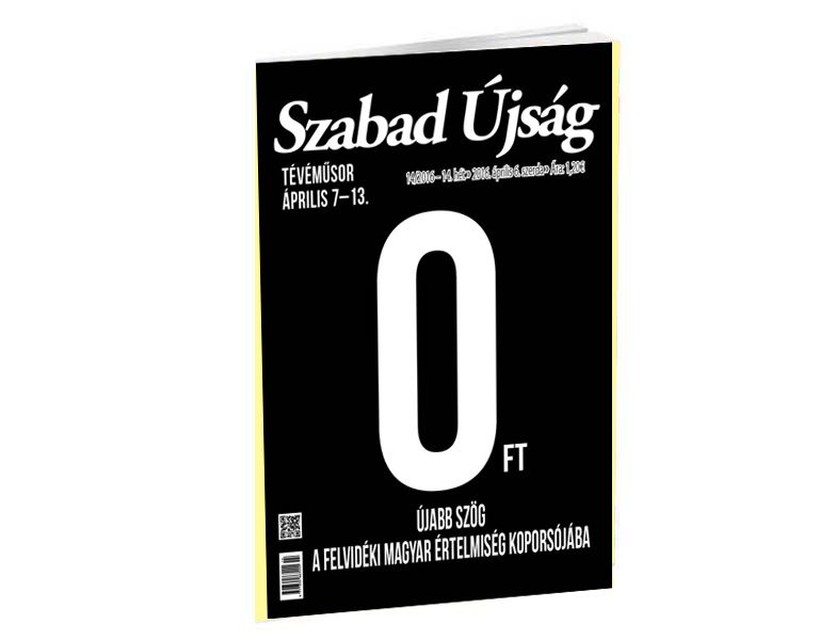 Read our series on Hungarian government money flowing to Slovakia

Hungarian Money for Slovak South: Millions in the Name of Possible Votes 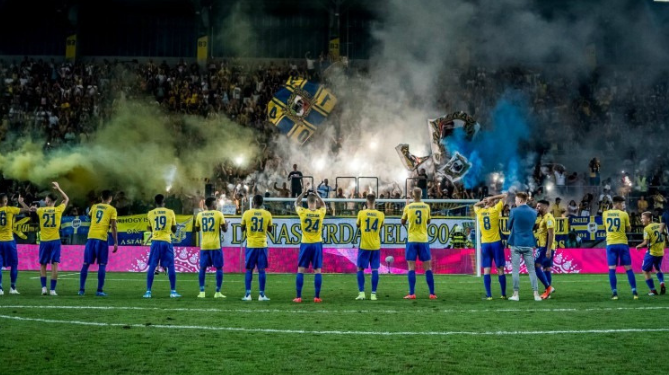 Such an organization is also the Association for Common Goals (SZAKC – Szövetség a Közös Célokért), which operates the Felvidék.ma portal. The materials available to us show that over the last almost 10 years, it has been awarded of more than 1.5 million euros (HUF 541 million) through the BGA alone. However, it is not clear from the publicly available documents how much of it went to the operation of the portal itself. The current chairman of the association is László Gubík is also the chairman of the youth organization of the Hungarian Community Party (SMK) – Via Nova – ICS, the main organizer of the Summer University in Martovce and also the chairman of the Esterházy Academy. He is also involved in the education of the young generation of journalists. In addition to the association itself, a link to the Hungarian Community Party (SMK) can also be found in the Felvidék.ma editorial office. Among the editors we can find active regional politicians, former candidates or SMK collaborators. Thus the same person will appear once as an editor, in another article as a respondent – a politician. According to Gubík, however, no politician works in the editorial office. “It would be a big mistake to label a member of the local council, living from his or her own profession, as a professional politician,” he adds.

Another organization long supported by the BGA is the Association of Hungarian Television Producers in Slovakia (Szlovákiai Magyar Televíziósok Szövetsége). In March 2011, this organization of national importance established the first Slovak Hungarian television portal, hírek.sk. A year later, she collaborated with the Hungarian public MTVA. Since the establishment of the television portal, the Association has been awarded almost one million euros (345 million forints) from the BGA alone. The editor-in-chief of hírek.sk was Judit Molnár, who also appeared in Szabad Újság.

In 2017, a foundation named Pro Media appeared, which, on the basis of an individual application, had been granted a larger sum than the Association of Hungarian Television Producers in Slovakia in 10 years. Among the founders of the foundation also Judit Molnár appeared, at that time also the editor-in-chief of hírek.sk.

Despite the fact that Pro Media Foundation was not existing until July 2017, and apart from 2018, according to the data we have investigated, it is among the five largest recipients of BGA subsidies in Slovakia. The plan for a new Slovak-Hungarian media group was probably so convincing that the Hungarian Prime Minister’s Office (more precisely, the Office of the State Secretary for National Political Affairs) granted them  about 1.5 million euros (HUF 474.6 million) in 2017. This was the third highest granted subsidy in 2017 for Slovakia. The second largest package of money among the media was won by the hírek.sk portal. However, it was more than ten times less than the subsidy for Pro Media.

Links to Fidesz’s strategic partner in Slovakia, the Hungarian Community Party (SMK), can also be found at the generously subsidized Pro Media. The administrator of the foundation is Attila Puskás, a former employee of the party’s press department, and among the members of the supervisory board is Tünde Neszméri, who ran for SMK in the past and is also the editor of Felvidék.ma

Under the auspices of Pro Media, the news portal ma7.sk was created in the first half of 2018, and soon the first issue of the weekly Magyar7 was published. Judit Molnár has been the editor-in-chief of Ma7 since the beginning.

By the end of 2020, the foundation with an expanded media portfolio had been granted almost 1.5 billion forints through the Gábor Bethlen Fund (BGA). Hungarian government grants and subsidies for other supported Slovak-Hungarian media are not even close to this amount. According to the Pro Media Foundation’s annual report in 2019, they only receive financial support from the BGA. The administrator Attila Puskás did not answer our question whether they received any guarantee that they would receive the grant in the future. We also did not know whether the Ma7 project would be viable without support from Hungary.

Subsidies coming from Hungary do not automatically mean censorship or propaganda. For example, the Pro Media Foundation declares in its annual report that it was “established in order to strengthen the mass media of the national – Hungarian minority in Slovakia”. The official description of the purpose of the foundation also mentions the support of the media culture of national minorities.

It is possible to learn more about the exact ideological direction of the Ma7 media family from the official website of the foundation or from their individual application for financial support available to the ICJK, which they addressed to the Office of the Hungarian State Secretary for National Political Affairs.

The management of Pro Media states that “the media family professes and mediates national-conservative values.” Attila Puskás clarified this in response to our questions, stating that “their undisguised goal was also to balance the one-sided media map of Felvidek a bit so that the voice of conservative values ​​could be heard.” In an individual application, Puskás also states that “the magazine provides a suitable space for mediating national political messages.” However, the way this is accurately reflected on the pages of the weekly magazine or on the portal, was not specified by Puskás.

On the MA7 platforms, SMK politicians often appeared in discussions without an opponent. Before the Slovak parliamentary elections in February 2020, when the Hungarian Community Party (SMK), Cooperation and the Hungarian Forum parties merged with a common list of candidates, people from this common electoral alliance repeatedly met in debates. The discussion itself did not resemble a clash of opinions, but rather a friendly conversation.

Both the portal and the weekly often deal with topics related to Hungary’s domestic policy. Hungarian government politicians are given the opportunity to comment, but the opposition is not. Árpád János Potápi, Secretary of State for National Political Affairs, for example, appeared on the cover of Magyar7 in January 2021. The word of Potápi is one of the most important connections with the distribution of subsidies through the BGA.

Árpád János Potápi on the cover of Magyar7 in January 2021. Source: Facebook/ma7.sk

While the reader can often read about Hungary’s success in the struggle for Christian Europe, we cannot learn much of the bloomers of Fidesz politicians from Ma7. At the end of November, the founder and important member of Fidesz – József Szájer – resigned from the European Parliament. A few days later, the real reason for his action also surfaced. It is not possible to learn anything specific about the sex scandal of the conservative politician on the Ma7.sk portal. Similarly to the case of the Hungarian Minister of Foreign Affairs, Péter Szijjártó, who was photographed on a luxury yacht belonging to the oligarch László Szíjj during the summer of 2020. The information published by the Átlátszó investigative portal was reshared by major foreign media, but there is no mention of it on the Ma7 website.

Adapting to Hungarian government propaganda, articles on George Soros and illegal migration are also devoted or taken over on the Slovak-Hungarian website. Some – especially on the felvidék.ma website – directly support the conspiracy theories spread by Viktor Orbán. Not to mention the anti-Brussels and anti-liberal agenda.

Subsidies coming from Hungary can be considered a generous help for the Slovak-Hungarian media, which has long struggled with the lack of money. However, it turns out that these subsidies affect the content of the media and their strong dependence on Hungarian sources.

You can find out more about which cookies we are using or switch them off in settings.

This website uses cookies so that we can provide you with the best user experience possible. Cookie information is stored in your browser and performs functions such as recognising you when you return to our website and helping our team to understand which sections of the website you find most interesting and useful.

Strictly Necessary Cookie should be enabled at all times so that we can save your preferences for cookie settings.

If you disable this cookie, we will not be able to save your preferences. This means that every time you visit this website you will need to enable or disable cookies again.